30 minutes from Sète discover Montpellier, the capital of Languedoc will not fail to seduce you: its medieval streets, new neighborhoods combining natural spaces and buildings signed by the greatest international architects.

Founded in 985, on the territory located between the ancient Domitian Way, the Lez and the Mosson, Montpellier was in its beginnings a fortified town, built in "circulade" with a castle and a chapel. Located between Spain and Italy, close to Via Domitia and the Roman port of Lattes, the city is rapidly experiencing important economic and cultural development, attracting gilders, goldsmiths, draperies and money changers. It thus becomes a center for exchanges between northern Europe and the Mediterranean basin. It is an important commercial city from the twelfth century, it will become and will remain a great university city: the Faculty of Medicine of Montpellier is the oldest medical school in activity in the world. The courses of medicine and law began as early as the 12th century. Montpellier welcomes 70,000 students today.

The historic center of Montpellier has remained the heart of the city since the beginning of the 13th century, it is limited by boulevards that follow the route of the ancient walls, these powerful fortifications were dismantled by order of Richelieu after the siege of 1622, the city being an important center of the Protestant Reformation, there are only two notable elements: The Tower of Babotte and the Tower of Pines, the vast majority of the buildings of the Ecusson is of medieval origin, just open the eyes to see still present in the walls dozens of windows of typically medieval form. 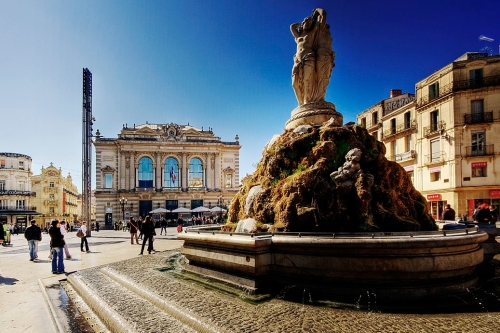 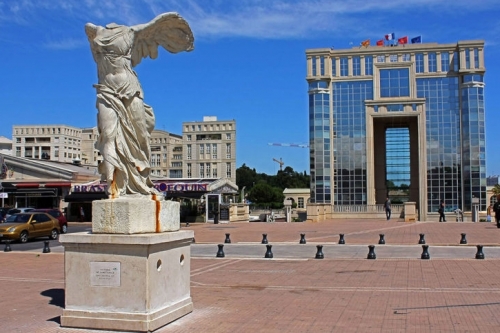